PROFILE OF THE MUNICIPALITY

PROFILE OF THE MUNICIPALITY

Melbourne, located in the southernmost region of Quebec, is part of the Eastern Townships. This township, established in 1855, covers an area of 173 square kilometers, with a population of approximately 1 114 residents. The Township of Melbourne is part of the MRC du Val-Saint-François.

The village was founded by Irish immigrants from New England after the famine in Ireland. These settlers, who arrived around 1860, decided to try their luck here, because these lands were still available, accessible, open and cultivable. The name Melbourne comes from the name of an English city in Derbyshire and Hampshire.

Melbourne stands out because of a diverse fauna and flora. The area has an abundance of animals and there are some rare species of birds, such as the Bobolink or the Osprey. If you follow Coddington Road, you can see in the forest, in good weather, the red-tailed hawk that hunts there, while in the cornfields you may see hen harriers or an American sparrow hawk that is the smallest falcon species in Quebec.

The general appearance of Melbourne Township’s village core, with its 19th-century red brick buildings, slate roof, and vernacular American style, reveals the origin of its pioneers that settled around 1799. 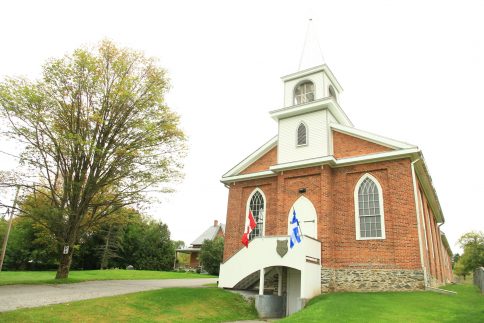 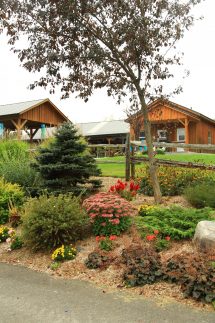 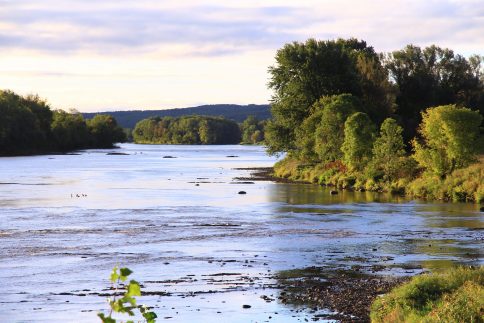 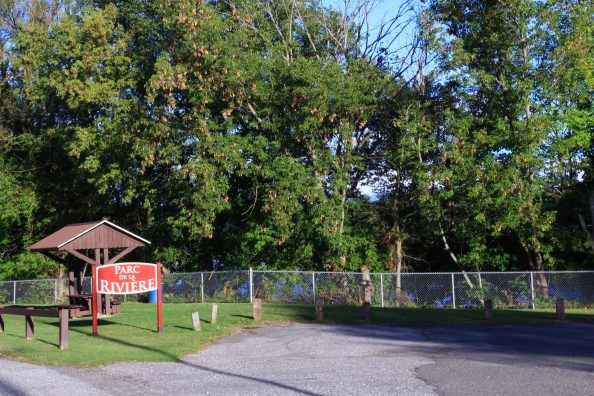 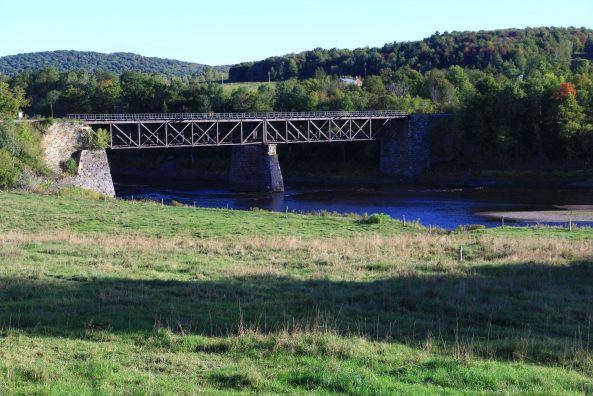 The concept of the new logo for the Township of Melbourne presents in the foreground a horse whose mane lengthens out to become the valleys of the Melbourne region. The horse is hitched (with the working neck collar), to reflect that horses were an invaluable ally in the agroforestry industry in the area. This character will become a reference to which we will become attached and by which Melbourne will identify itself and will be easily recognized. The horse also pays tribute to the painter Frederick S. Coburn, who used horses as a main subject.

In the landscape, behind the horse, we find the St-François River in blue which winds through the valley, a brick red farm with its farmlands (fields with the green furrows) as well as the Saint Andrew’s church and trees, all distinctive and representative elements of the municipality. The slate color is also used in connection with the slate mines of the area. The ochre yellow horse mane also represents hay and/or maple syrup. This logo shows the joyful and rural side of Melbourne and will weather the test of time.